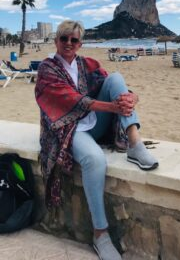 Frida was born in Keflavík Iceland. She was with Baðstofan which is an ensemble of art connoisseurs from 1986-1999. She attended classes in watercolor painting in the Art school of Kópavogur, model and 3 dimensional drawing at the Art and Craft school of Iceland.

In 1999 Frida was accepted into the Academy of Fine Kunst in Tongeren Belgium where she studied pictorial art until fall 2001. She has participated in co exhibition in Iceland, Belgium and in New York and solo exhibition ones a year since 2002.

In 2011 Frida was nominated by Alpher Mehmet former British Ambassador in Iceland to the Sovereign European Art Price. 300 artist all over Europe were nominated, 30 made it through the final cut and they’re work sent to Istanbul Turkey for exhibition and then sold at a Gala auction. Fríða’s work Friends was one of them.

Fríða works with concrete blend on canvas and in some of her painting she uses Icelandic fish skin. Frida loves people and she tried to express that feeling in her painting. People in love,  people in harmony ,showing affection by holding hands or embracing one another. 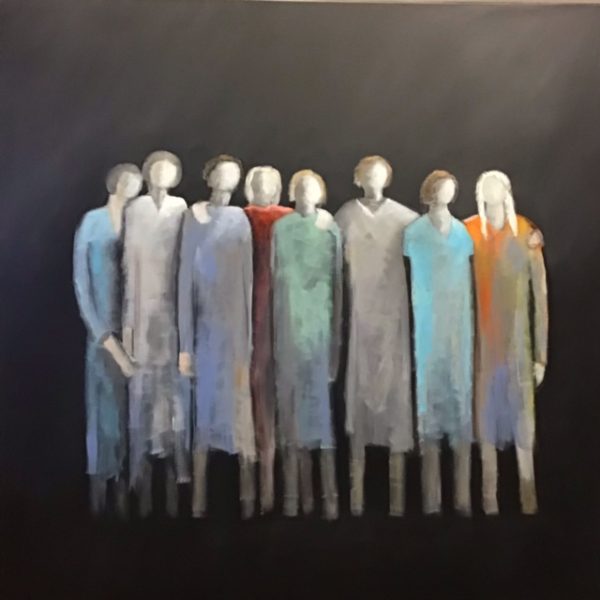 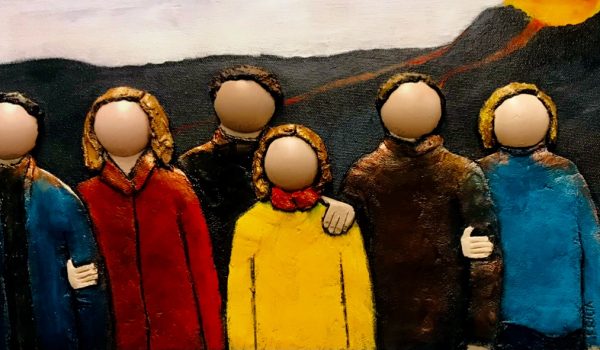 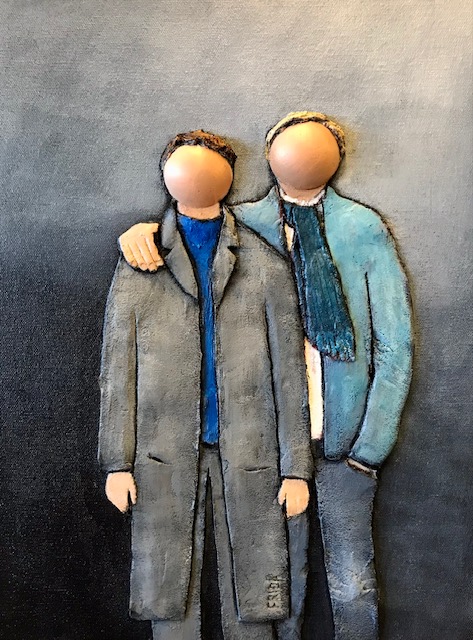 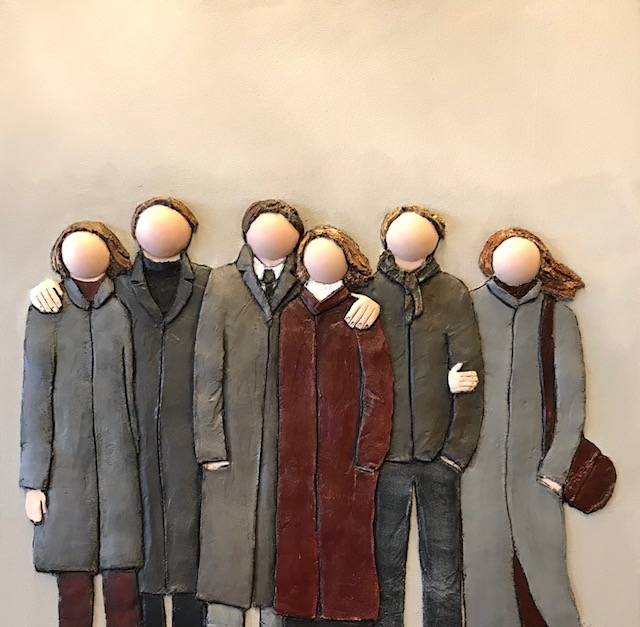 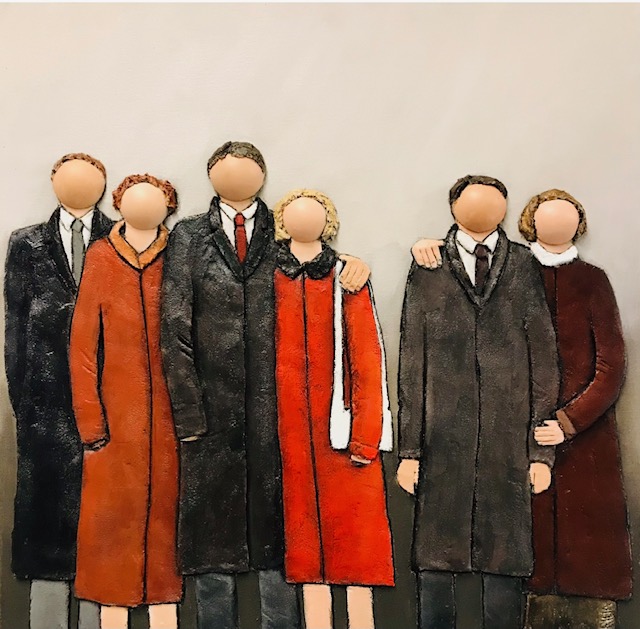 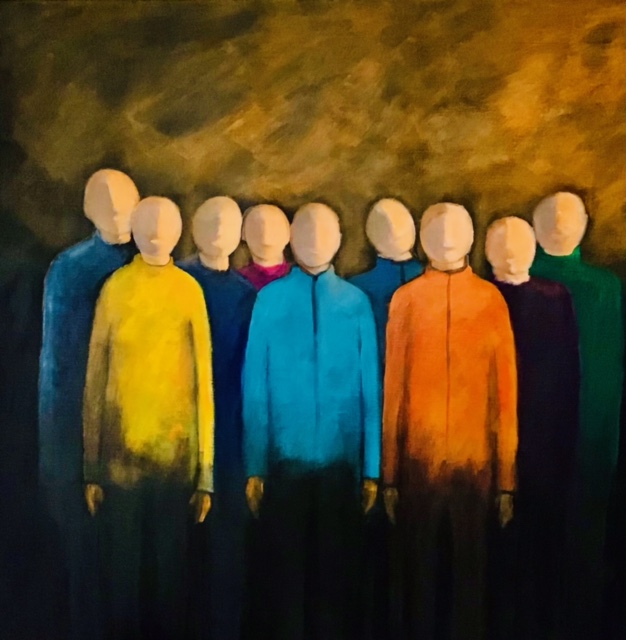 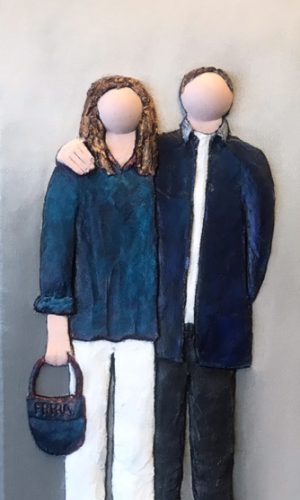 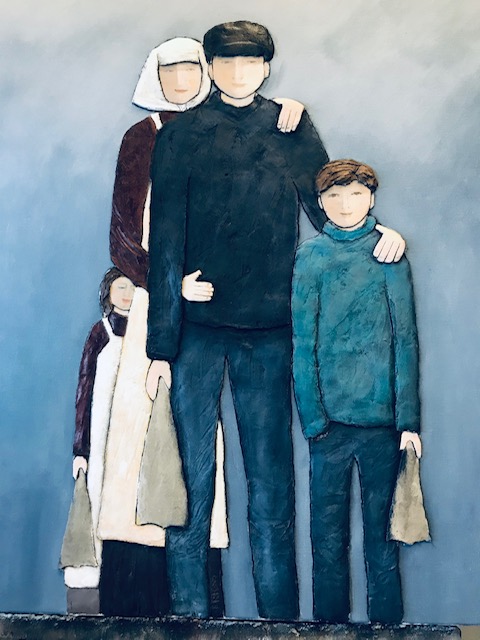 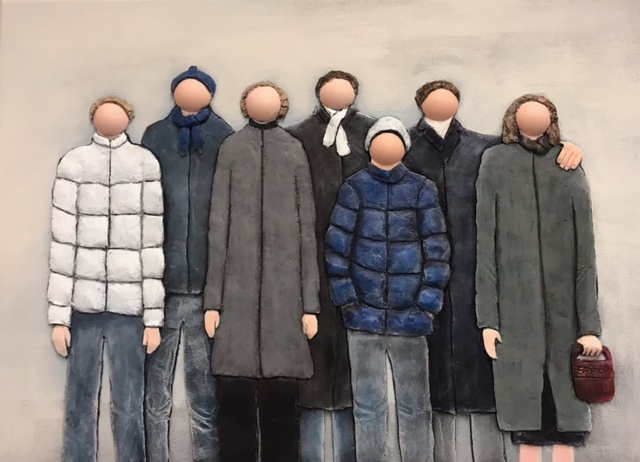 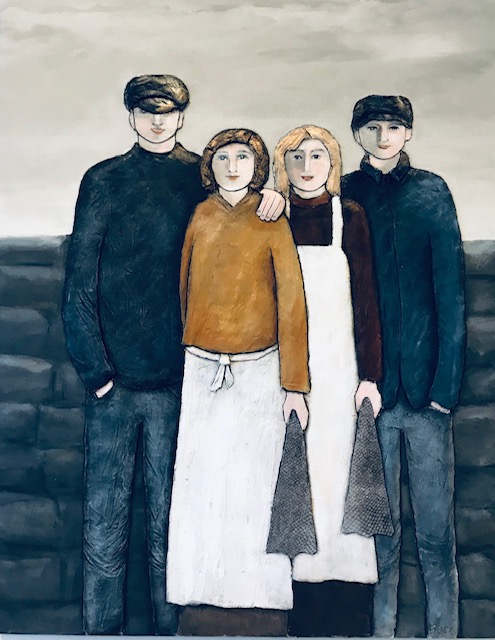 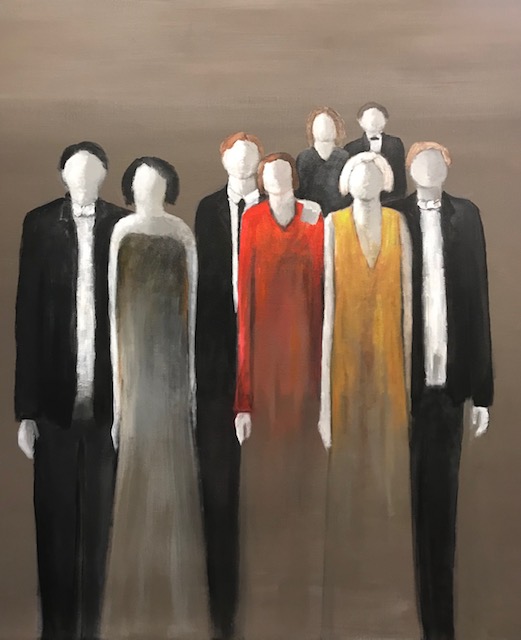 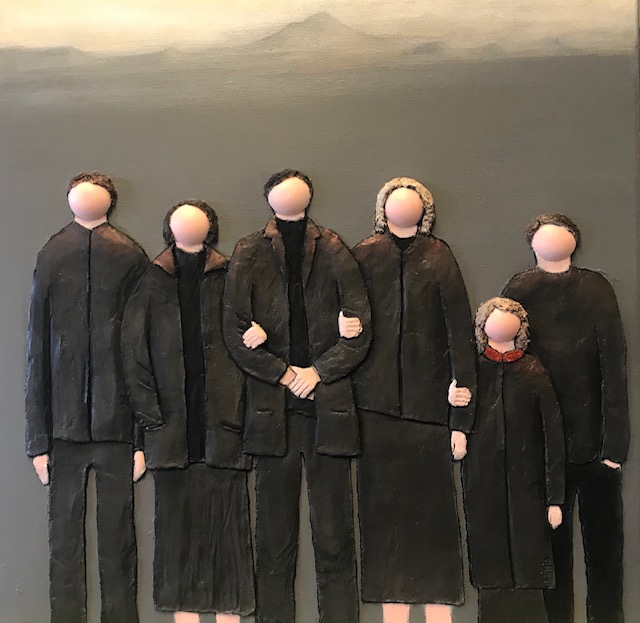 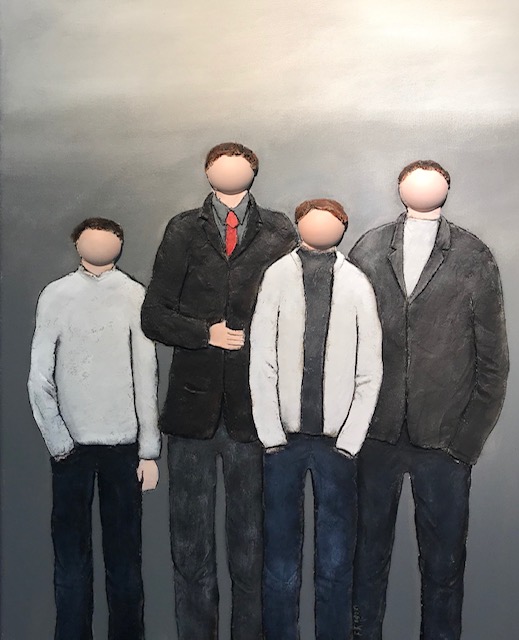 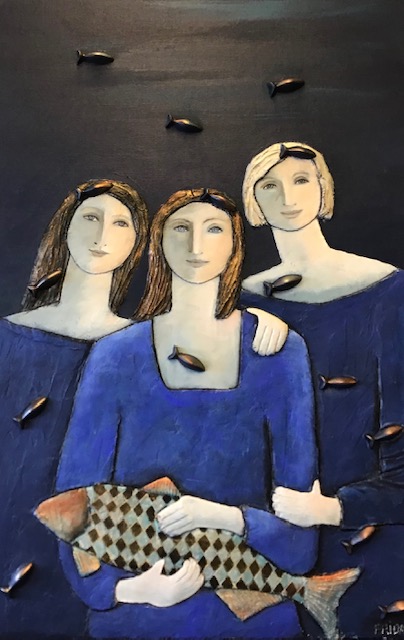 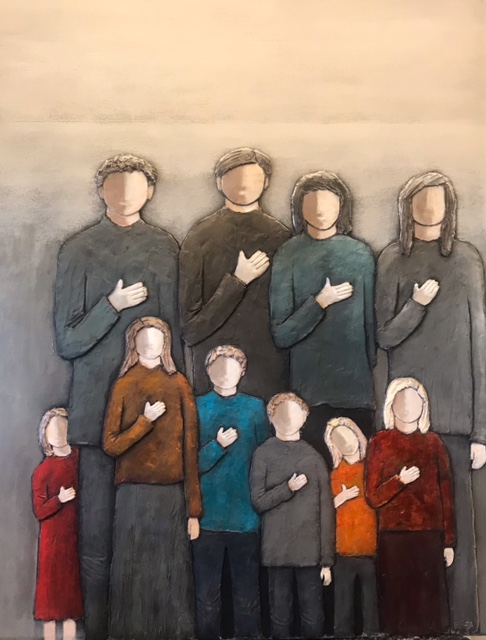 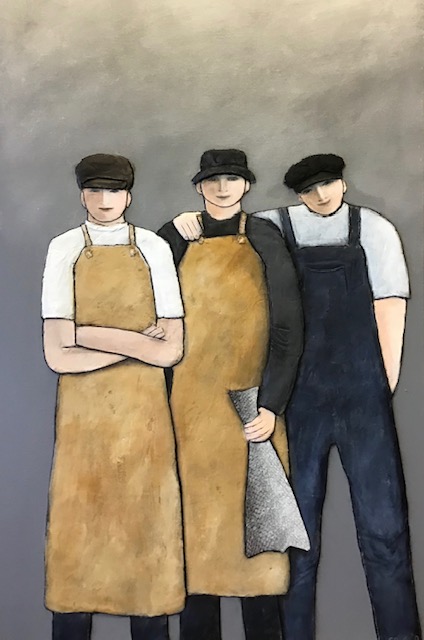 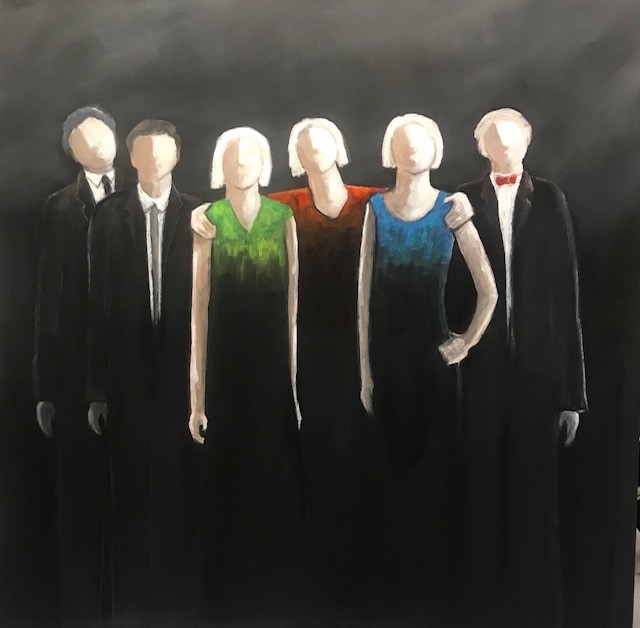 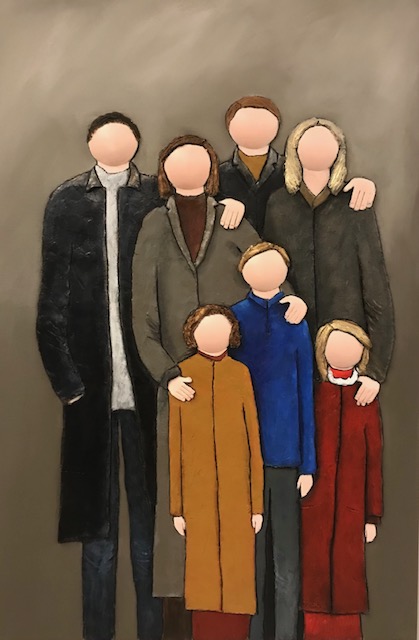 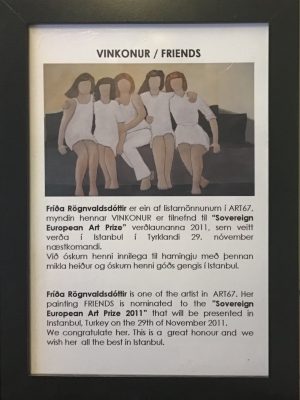